A college student in Mexico survived an 80-foot fall from her balcony on Saturday. Alexa Terraza was practicing an extreme yoga pose over the edge of her sixth-floor apartment balcony in San Pedro when she lost her balance and fell, according to the Daily Mail. An image that shows the 23-year-old hanging upside-down while performing the stunt is being widely shared online. 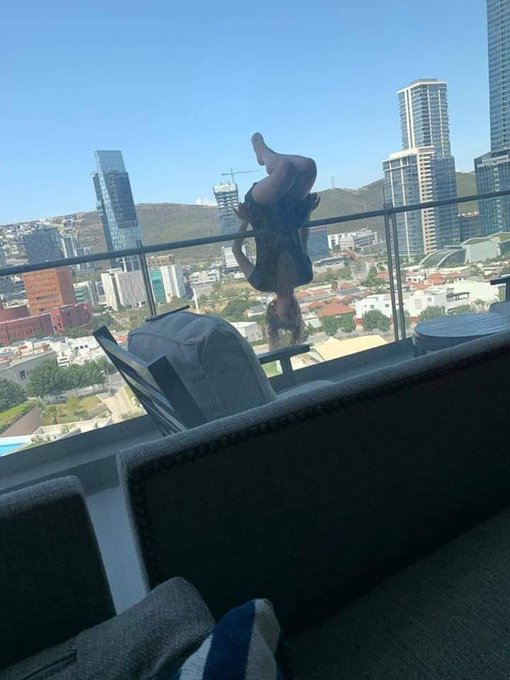 33 people are talking about this

According to News.com.au, the photo was clicked by her friend right before she slipped and hit the driveway at around 1.10 pm.

Mexican news outlet El Imparcial reports that that Ms Terraza was rushed to a local hospital in the state of Nuevo Leon for reconstructive surgery that lasted 11 hours. Doctors fear that she may not be able to walk for three years as her knees and ankles had to be reconstructed. She also reportedly broke 110 bones in the horrific fall, with fractures to both of her legs and arms, as well as her hips and head.

Daily Mail reports that Ms Terraza’s family appealed for blood donations on social media, and more than a 100 blood donors signed up to help the injured woman. As of Monday, her condition remains critical.

An investigation from the Nuevo Leon attorney-general’s office found the balcony’s rail had no structural failings and ruled the fall to be an accident.